Charles and Ray Eames were two of the most influential designers of the 20th century. They are known for their contribution to industrial design, furniture, manufacturing, films, and architecture. As a couple, they are  most remembered by their mid-century modern furniture built from innovative materials like bent plywood and fiberglass. 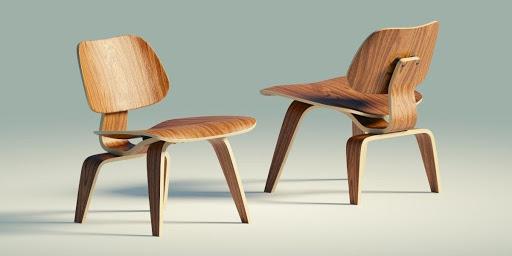 Image of mid-century modern wooden chairs designed by the Eameses.

The role of the designer is that of a very good, thoughtful host anticipating the needs of his guests.”

Charles and Ray Eames are world travelers and enthusiastic anthropologists as they learnt the importance of hospitality in design. The Eames believe the role of a designer is to smooth the way for people to live and work. This means making functional products – ones that make the user’s experience more pleasing.

Eames lounge chair and ottoman is an iconic design, which can be seen in museum collections and homes across the globe. Charles and Ray Eames wanted their chair to have “the warm receptive look of a well-used first baseman’s mitt”. Eames lounge chair was first produced by Herman Miller in the 1950s, and it’s still seen as the symbol of comfort and good design today. 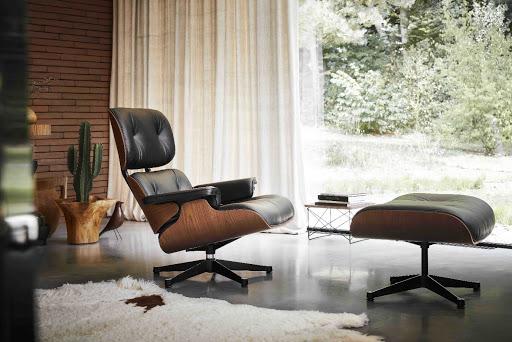 Image of mid-century modern office chair designed by the Eameses.

Eventually everything connects – people, ideas, objects. The quality of the connections is the key to quality per se.”

The scope of Charles and Ray Eames range from furniture design to architecture and film. They were avid learners of design, who refused to specialize. The greatest success of the Eamese was that they were able to apply their charm and design philosophy to every medium.

Charles and Ray Eames most well-known architectural work is their own home, also known as Case Study House No.8. The Eames House echoed the couple’s design philosophy of “unselfconscious” – a concept  that means design should anticipate guest and user’s needs.

Image of Case Study House No. 8.

A central tenet of the design philosophy of Ray and Charles Eames was an embrace of play as an end in itself, the idea that creativity should be unconstrained and unburdened.

In the early 1940s, Charles and Ray Eames spent several years developing and refining a technique for moulding plywood into three-dimensional shapes, creating a series of furniture. The elephant chair unfortunately can not be mass produced due to technology limitations of the time. However, the design was revived and mass produced in 2007.

Whether selected as an elegant wooden object for the living room, as a robust plastic toy for a child, or as a small decorative animal figure – the friendly animal with its proudly prominent ears will bring delight to children and parents alike. 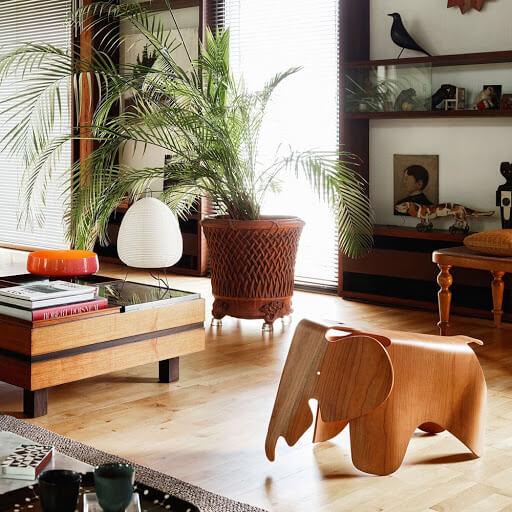 Image of the famous wooden chair shaped like an elephant.

A partnership is more than the sum of its parts.”

The Eames Office was revolutionary in its embrace of invention, experimentation, and collaboration.  Far from the “solitary design genius” archetype, Charles Eames worked in equal partnership with his wife, Ray Eames, and with concentric circles of collaborators: Eames Office staff, peers, colleagues, subject matter experts, and clients. Each project saw some level of this collaborative spirit. 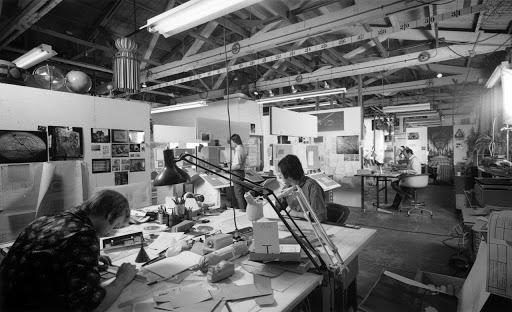 Design is the appropriate combination of materials in order to solve a problem.”

At the beginning of War War II, Charles and Ray Eames were contracted by the US. Navy to create a light-weight leg splint to replace the heavy metal ones. The Eames experimented and invented a method to mold thin sheets of plywood using glue, heat and pressure. Later on, Charles and Ray Eames applied this wartime technology to design beautiful and low-cost furniture that are suitable for mass-production.

Undoubtedly, Charles and Ray Eames were ground–breaking pioneers who gave shape to America’s 20th century through the pursuit of industrialization, including their influence in the process of prefabricated mass production and residential construction.

Share
Meet the Team: Lindsey Polevoy
How to Implement Social Media Marketing Into Your Business Strategy